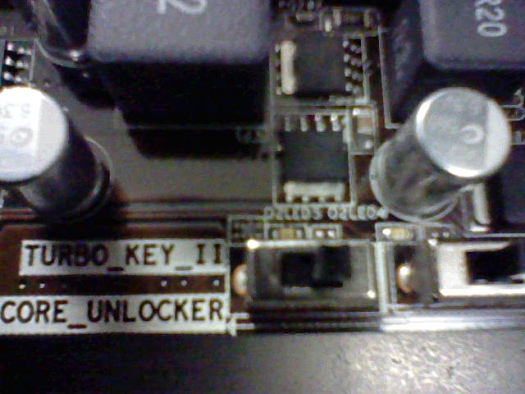 The AMD Sempron 140 processor is currently the lowest priced AM3 computer chip on the market today. While it may do a good job of performing daily tasks it is still slowed by a single core. Keep reading to find out how to unlock additional cores easily absolutely free.

Strange as it may sound, motherboard and CPU manufacturers are now giving us the ability to unlock unused processor cores for free. Technically, we enthusiasts and geeks have been doing this since early 2008 but those first motherboards were specialized enthusiast systems and their abilities could not be easily reproduced on a home computer system. Now, ASUS is offering these abilities on its AMD 890GX series of motherboards with much more consistent results.

Technically speaking the AMD Sempron 140 processor offers many capabilities that should attract the hobby computer builder who is working on a shoestring budget. First, you have 2000 Mhz Hyper Transport speed out of the box. Second and most important, AMD produced this on a 45nm die so the processor will have lower thermal output than previous generations. The most apparent weakness has to be the lack of any Level 3 cache. As a result, memory-intensive applications will be bottlenecked by the speed of the memory controller and its operating frequency.

How to Unlock AMD AM3 Processor with the ASUS M4A89GTD motherboard?

There are two ways of unlocking those precious, hidden, CPU Cores with this motherboard: A physical Core Unlocker switch or the ASUS Core Unlocker in the bios. For the old school hardware guru, you can simply flip a switch on your motherboard called Core Unlocker or CORE_UNLOCKER in the instruction manual. The modern BIOS tweaker can use the Advanced menu with the ASUS Core Unlocker setting. Either way, one simple reboot will tell you instantly whether your processor will unlock. Remember, the operation is dependent on the stability of the silicone on the die itself.

What Do You Get If You Unlock A Sempron 140 Processor?

Now of course the processor is still missing a ton of cache which will become painfully evident when executing multiple memory cells. As a result, we are left with a CPU that cannot multitask memory-intensive applications like those found in POV-Ray 3.7. In core unlocking, you still get what you paid for.

You can see what I got from this processor here in its official CPU-Z report: http://valid.canardpc.com/show_oc.php?id=1195450

Take note of the Rated FSB which is actually the Hyper Transport speed. To make my system do this, all I had to do was Enable the ASUS Core Unlocker to form the BIOS of my ASUS M4A89GTD motherboard. To my surprise, the BIOS also unlocked the CPU Bus Speed which is why you see higher core speeds at the provided link. The memory has also been automatically overclocked to 876 Mhz which was part of the nice performance boost I received.

Before you shell out the dollars to purchase a high-end ASUS motherboard, you want to know that unlocking these processors is going to get you the most bang for your buck. To get the maximum performance out of the new unlocked AMD Athlon II X2 440 processor, I used the ASUS M4A89GTD PRO Motherboard, a Corsair CMX8GX3M4A1600C9 XMS3 8 GB PC3-12800 Core i5 Memory Kit and a set of Samsung 500 GB HD502HJ SATA II Hard Drives.

Super Pi is an application that extrapolates the specified digits of PI into a text file. Processors with large on-die cache sizes and high memory bus speeds tend to do better in this benchmark. The problem is that the calculation is single-threaded in this version so you only see the performance of one processor.

In the same motherboard, I later installed an AMD 1090T x6 Black Thurban processor, 3.7Ghz, and got this result: 18 seconds.

We can see that the real gains in computing power were realized with the increase in CPU Core Speed but I was also surprised to find that this only resulted in 4-second savings. When compared to the performance of the mighty AMD 1090T running at 3.6Ghz, we shave off an additional 5 seconds of processing time. The lack of Level 3 Cache on the AMD Athlon II X2 440 processor is causing the system to have to execute more memory cells. Even though Super Pi V1.1 was written on September 21, 1995, we are still getting solid hardware analysis from this simple cache dependent program. My conclusion is rather simple, if you want single-threaded gaming performance then you are going to need to look for something besides the AMD Sempron 140 processor and its minuscule 1Mb of the total cache. Still, the Sempron overpowers anything on the Socket 478 chip-set, the Intel 3.2GHz 512Kb Pentium 4 was only able to do complete this benchmark in 1 minute 17 seconds.

POV-Ray stresses the floating-point unit and memory bandwidth of the processor to render stunning 2D images. A new version of the freeware 3D animation utility has been released that offers SSE2 enhanced processing extensions. As a comparison, the AMD (ADA4000DAA5BN) Athlon 64 4000+, 2.4 GHz processor completed this test in 26 minutes 2 seconds at stock clock speed.

Using the benchmark.pov file at 512×384 NO AA, I ran the following traces:

In the same motherboard, I later installed an AMD 1090T x6 Black Thurban processor and got these results :

You can clearly see the effect that activating the second core of the AMD Sempron 140 has by these benchmark results.

One of my biggest fears about unlocking my Sempron 140 processor was overheating. I thought that the stock processor heat-sink would just get too hot and damage my motherboard. However, my fears were quickly put to rest when the system could barely get above 116 degrees Fahrenheit with both cores unlocked and set to 3.521 GHz. Of course, no matter what you do with the processor, using the stock AMD AM3 CPU cooler is like playing with fire because it was not designed for the demands of extreme computing performance.

I recommend looking into upgrading your computer before attempting any of the steps mentioned in this article. First, you should purchase the Arctic Cooling MX-3 Thermal Grease to ensure that the heat coming off your unlocked AMD processor can be conducted to the heat sink.

Your next step will be finding the right CPU heat sink. The market is flooded with impostors but only one sits at the top of the pack. With the Spire TherMax Eclipse II SP984B1-V2 universal CPU Cooler, I was able to reduce the resting temperature of the AMD Sempron 140 down to 75 degrees Fahrenheit.

I am only reporting my results. No one can verify you will have the same results with every AMD Sempron 140 processor. You should also know that there is a risk that you may corrupt your operating system or some other unforeseen event so make sure you do this with a computer that does not have any important documents stored on the hard drive.  A SanDisk ImageMate 8in1 Memory Card Reader can be used quite effectively to back up your files if this is a concern for you.

Which Motherboards Have Core Unlocking For AMD AM3 Processors?

To help you find the right motherboard for your overclocking and core unlocking needs, I am providing this list which was pulled from the ASUS website:

If you know of any other motherboards that do this, please leave a comment below.